Buy, participate, share: consumers today want to share something in common with the brand; they want to know its story through all the various stages. Utilitarian or aspirational consumption is increasingly giving way to consumption that is about shared values and common goals. With Trend Map 4.0, Superzoom Academy gives you the essential tools for critical reflection on the current scenario, focusing on experiences and lifestyle, the image of a person and his or her lifestyle. Brands and supply chain companies must capture the changes that society demands and turn them into responsible, credible actions. From sustainability to transparency, ethics to inclusivity. Designed for small-medium businesses and brands looking to learn more about their customers, Trend Map 4.0 broadens fashion’s field of reference and helps companies avoid making “missteps”. Looking at real-life case studies, you will learn about best practice and the best ways to drive innovation. We will list the most important trends on the vintage and re-sale market: all practices that will affect the fashion market of the future.

I want to know the truth: what are the contemporary approaches to consumption

From zero to green: beginning with a renewed creative process 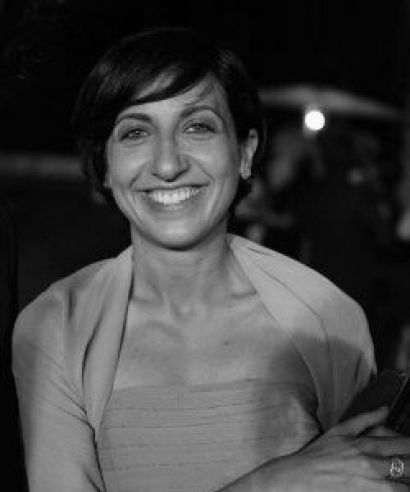 Gaya Calabrò specialises in European public relations with a major in Marketing. She began her career working in Paris and Milan as a marketing and communication coordinator for a Canadian software house. Her shift to the fashion industry came when she became an eCommerce buyer for well-known Italian and international .com businesses. She later gained significant experience as an Online Manager at luxury companies in Italy and Switzerland. Today she is an eFashion and Buying Consultant, working with fashion and lifestyle businesses operating in Italy and China, working on the digital and omnichannel strategy for startup brands. She also teaches eFashion strategies and Buying Management at prestigious Italian and international fashion schools. 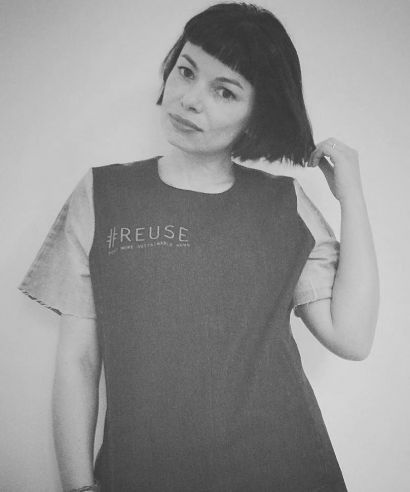 Barbara Chiodi was born and raised in the Valtellina valley in Lombardy and is now based in Macerata in the Marche region. A freelance journalist with almost twenty years’ experience in fashion, she writes an eco-fashion blog www.eco-a-porter.com which she hopes will help establish and raise awareness around ethical fashion, including tips on how to produce and buy fashion more consciously and responsibly. Last but not least, she is an animal rights activist.

A fashion designer and founder of the brand Agata Della Torre, Giuseppina Di Paola has an undergraduate degree in Political Science from Turin University, with a thesis on fashion as a cultural process, and a Master ASP in “Fashion projects”. Her collections, inspired by architecture and art, are known for their innovative formal language and have featured in major international fashion magazines, such as Vogue, Glamour, Cosmopolitan, Vatra and Beandlife. Her brand Agata Della Torre, which inaugurated its flagship store in Milan in 2013, has taken part at the major European fashion weeks, including Tranoï in Paris, and has been distributed in Italy, Netherlands, Greece, Spain and Japan. Since 2014 she has coordinated the Textile & Fashion Design department at IAAD in Turin and Bologna and taught courses on the Theory of perception, Semiotics of fashion design, Fashion design and Trends research. 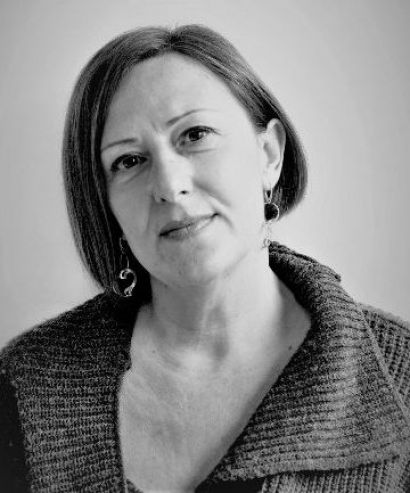 A visual artist who studied painting at the Bologna Academy of Fine Arts, she has exhibited in solo and collective shows and her work can be found in private and permanent collections at Italian foundations and museums. A tutor at the Academy of Fine Arts since 1983, she has coordinated and organised exhibitions, and helped set up European projects and international exchanges. She has held seminars, conferences and workshops in Italy and abroad on art, the psychology of creativity, and fashion. She has taught Fashion Design at the Bologna Academy of Fine Arts since 2010, designed and organised events, themed fashion shows, competitions for startups and fruitful collaborations with fashion professionals. 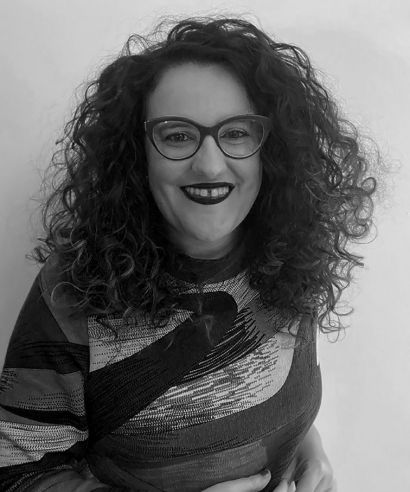 A scholar of grassroots practices of online audio-visual aggregation, socialisation and production, with a particular focus on the interconnections between media studies and gender studies. She is also interested in issues of intersectionality in contemporary media representation, with a particular focus on inclusivity in Italy.  She gained a research doctorate from the University of Bologna in 2014 with a thesis on the practices of audio-visual reuse and fandom in women. She is currently Adjunct Professor at the American University of Rome, where she teaches Visual Culture, Cultural Studies, Media and Gender, Celebrity Culture, Media and Activism and Gender in International Relations. She has worked for years with the National Archive of Family Film – Home Movies Association in Bologna and coordinates activities and projects aimed at protecting film and archive heritage. In 2020 she directed the archive documentary Nella buona e nella cattiva sorte. Conversazioni con Sara, produced by Home Movies.

Superzoom Academy courses teach you how to best tackle the future of business. Put together by fashion scholars and insiders with over twenty years’ experience at top Italian textile/clothing companies, Superzoom is the Academy for your future-proof training.

The course is taught in Italian
on the Superzoom Academy
e-learning platform.