Autumn/Winter 2023/24 – The discreet charm of the relativity 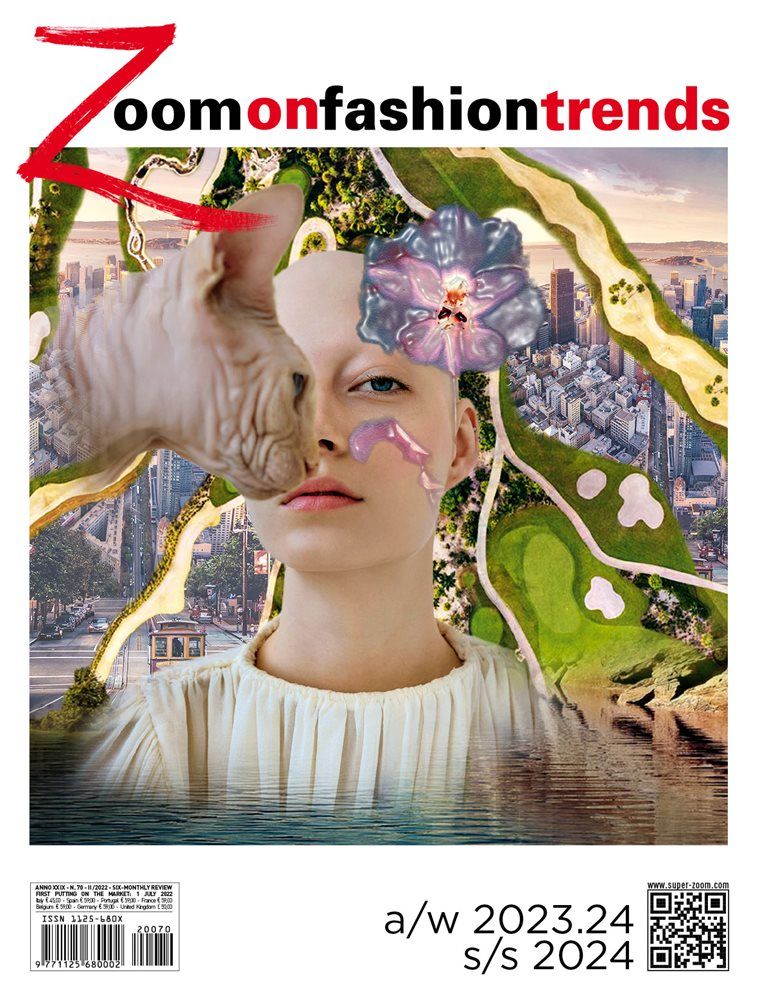 Relativity – of beauty, visual perception and the identity of nature – is the main focus for Autumn/Winter 2023/24. We want to tell you, in unusual and bizarre ways, how much what surrounds us and our enjoyment of it is basically the result of a sensitive and arbitrary approach. Looking at the world clear-eyed without conditioning and superstructures is a utopian and actually pointless task. Why set limits? Why lay down rules for measuring data and concepts that are not and never will be measurable? Why not just let them speak for themselves, as though they had a voice, as though they were able to communicate their beautiful essence, free from any appearance? These are the questions we have been asking ourselves.

The elusiveness of ‘Beauty’ 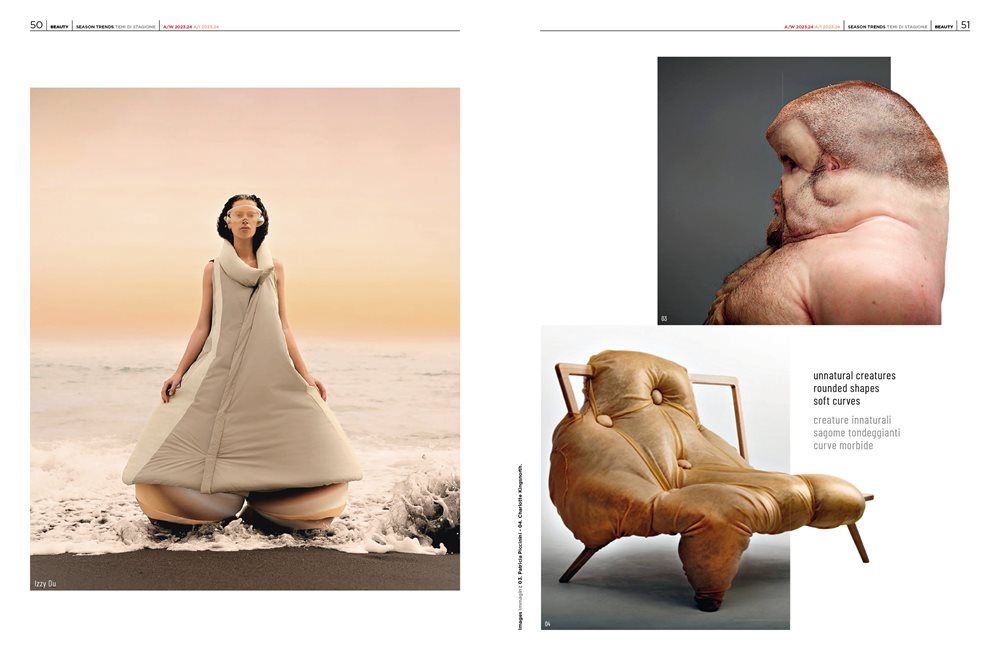 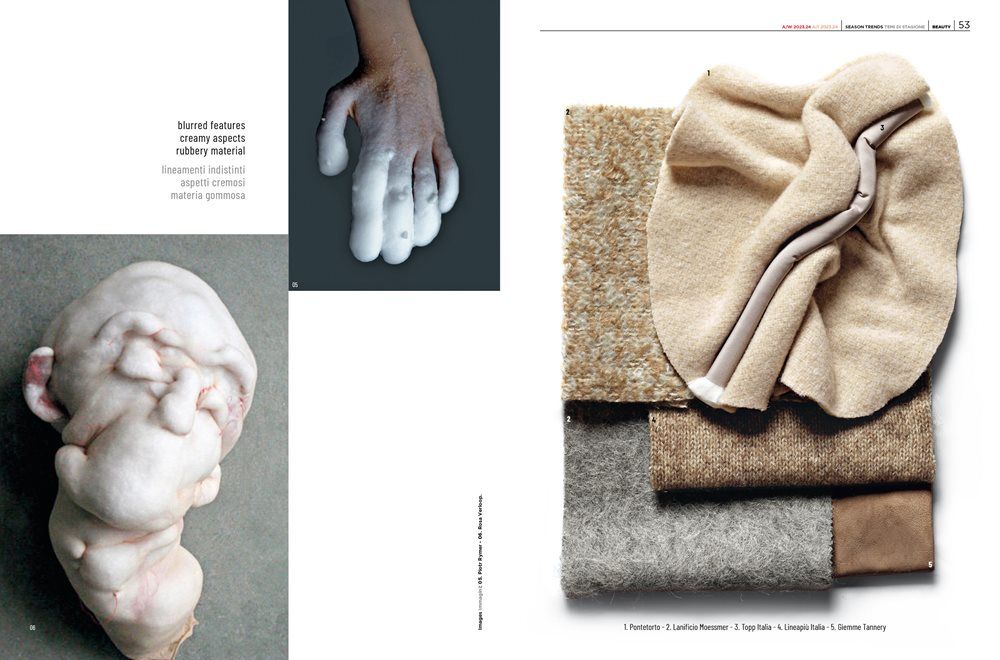 The first story, Beauty, is about rare and incredible beings. Creatures impressive for their uniqueness, with bodies unlike what we are used to, yet intensely sweet and capable of speaking directly to our sensitivity, leapfrogging the barrier of the exterior. What does it matter what a soul looks like? Who cares about a somebody’s appearance if their kind eyes can kindle deep feelings and emotions? What is beauty in the end if not this irresistible ability to excite, beyond all aesthetic standards, as elusive and nebulous as the path of our perception? Perception – another uneven terrain.

The disconcerting dimensions of ‘New Perceptions’ 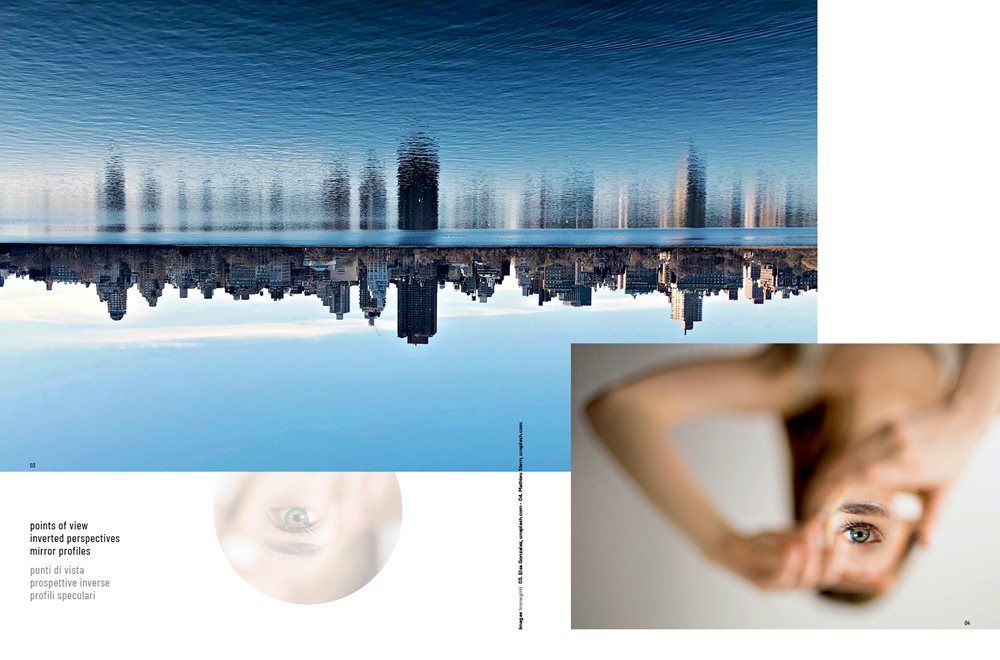 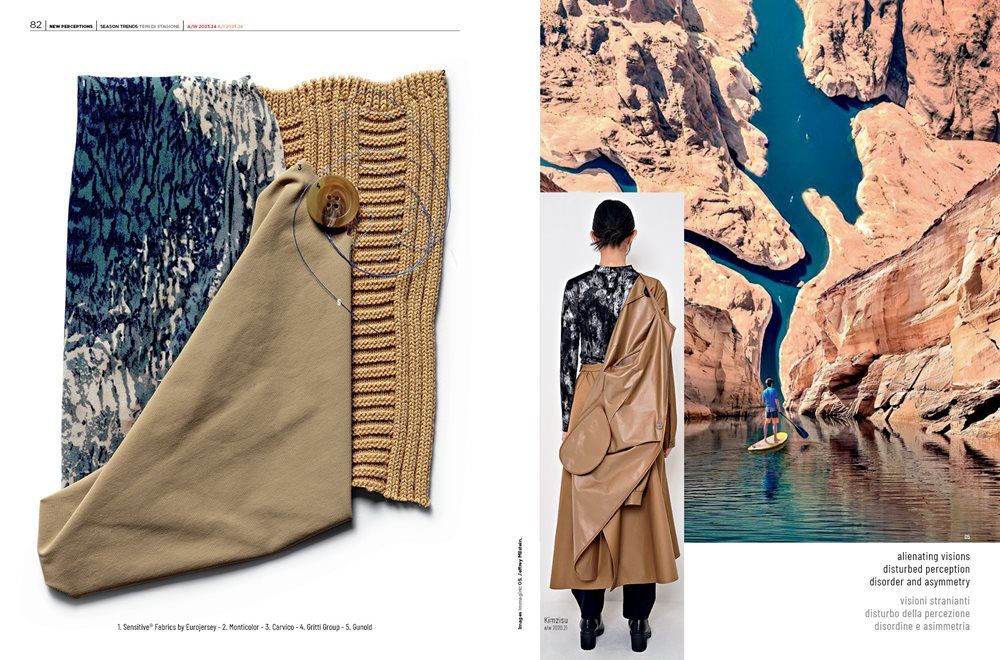 The visual one is the focus in the second story, New Perceptions. The thinking during the Renaissance – that reality was directly proportional to how we viewed it – has been replaced over the centuries by a relativist view that has opened the way to any form of possibilism. We can see or not see something, and that something can exist or not exist, regardless of our perception of it. Who can say, who can claim the right to determine whether a flower is blue or purple, whether a road is narrow or wide, whether a landscape is horizontal or vertical? The brain (not the eyes), the true originator of perception, can easily be conditioned and even deceived by a myriad of factors, all of which are relative and arbitrary, in fact. Optical tricks, illusory effects and distortions of reality, all caused by cognitive disturbances or simple perceptive defects, are inexhaustible sources of inspiration for contemporary designers and artists, as well as fertile ground for anyone wishing to ‘open their eyes’ to new and disconcerting dimensions.

The voice of nature in ‘I am tree’ 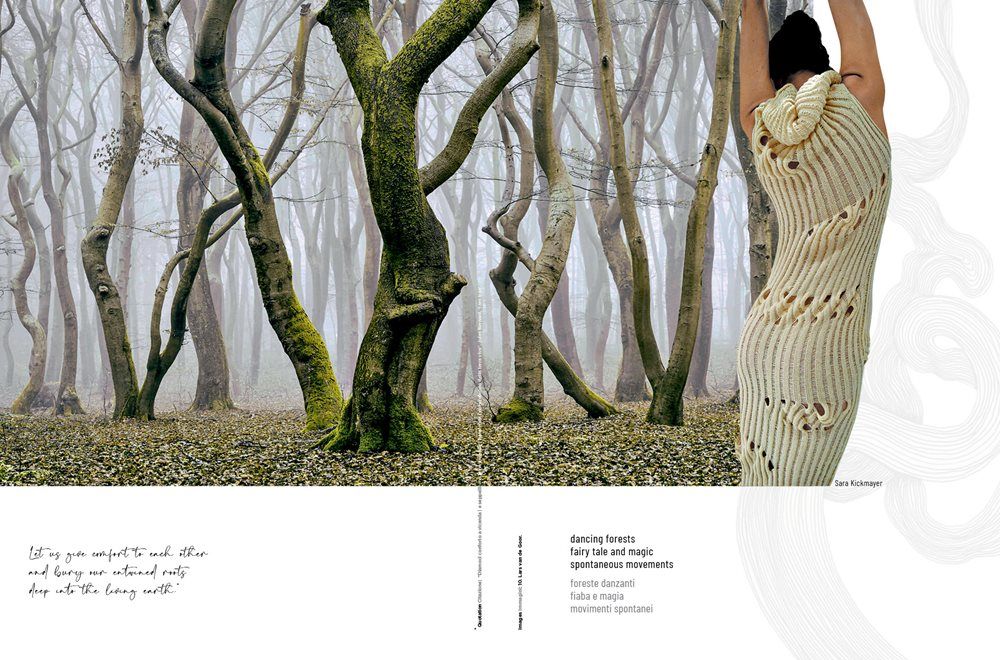 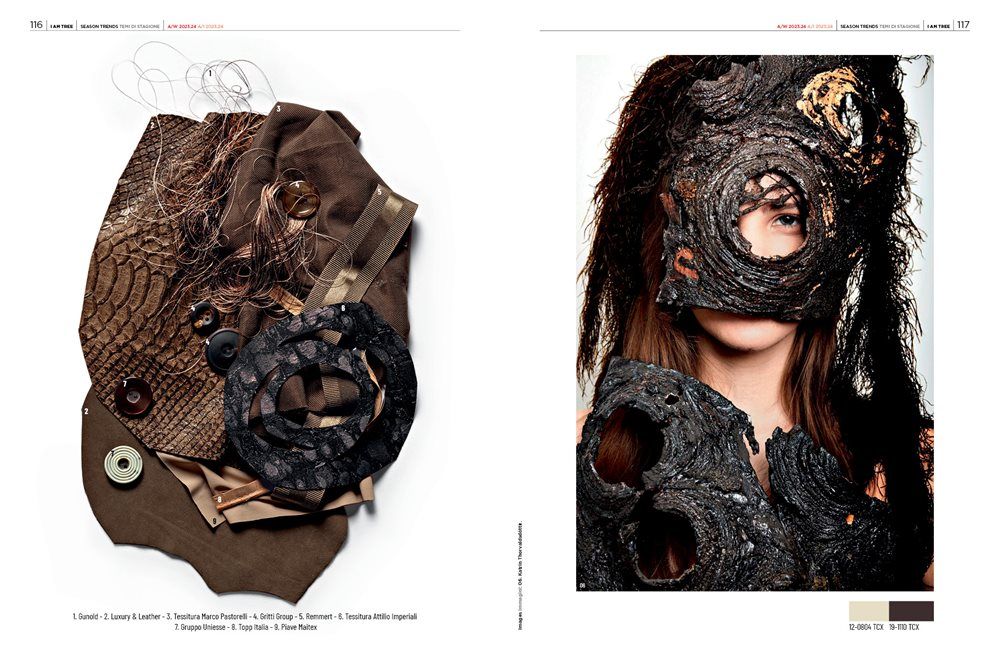 Finally, I am tree, the third tale, inspired by the poem by Jules Bernard. The terrain is still uneven, the atmosphere still nebulous, perception still relative. The protagonist is a tree. Or rather, one, no one, one hundred thousand trees. Each one on the Earth, each one burying its entwined roots into the clayey clod. Those trees, which we so badly want to protect, are finally speaking to us, as though they had a voice, telling us of their adventurous life, their lost friendships, their endless loves. They are still, they are patient, they perceive as well. The breath of wind through their branches, droplets of mist on their leaves, the scent of autumn. They are here, now, among us, as we have never seen or heard them before, telling us their infinite stories of eternal poetry. 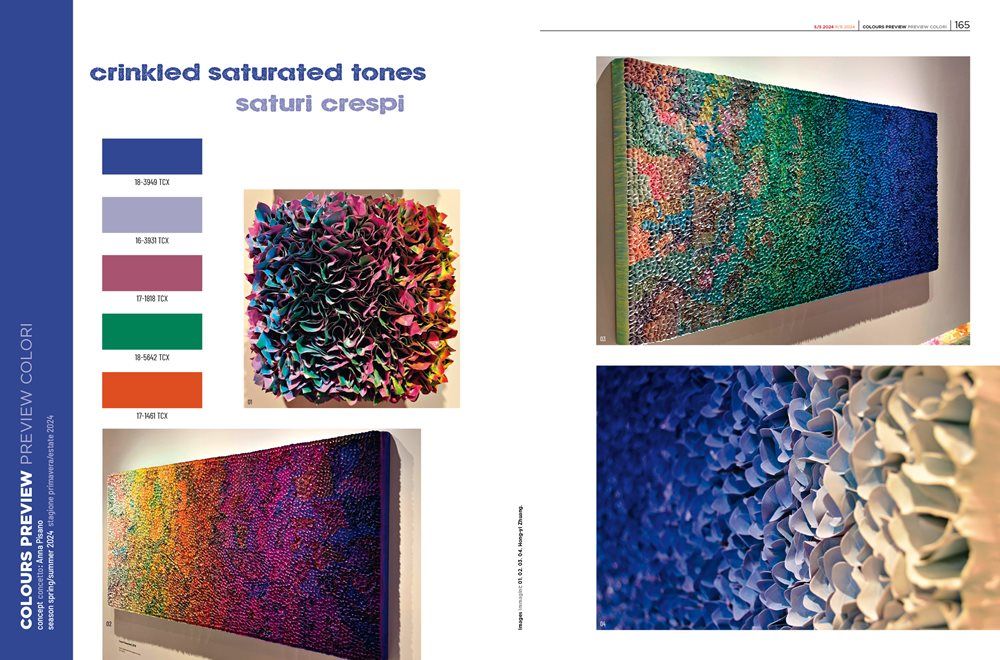 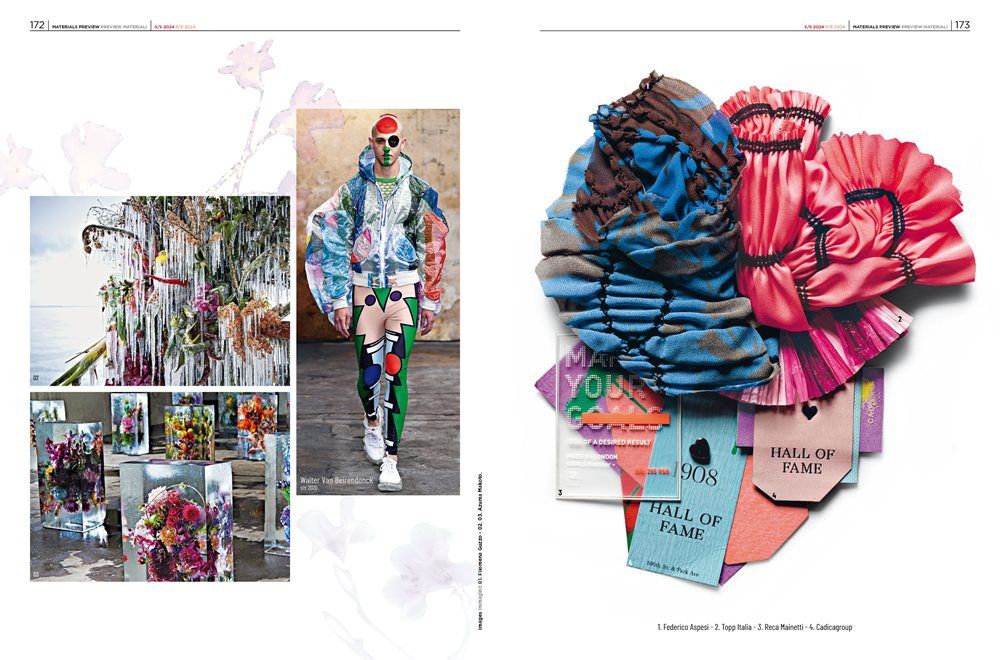 We also look ahead to Spring/Summer 2024 through crisp, saturated colours, a soft, welcoming palette and edgy brushstrokes in the Colours Preview. Transparent, waxy aspects, irregular textures like rough ground, and fragmented and remade patterns are the focus for the same season’s textile hints in the Materials Preview.

Fantastic gardens from around the world in the Eco Wave 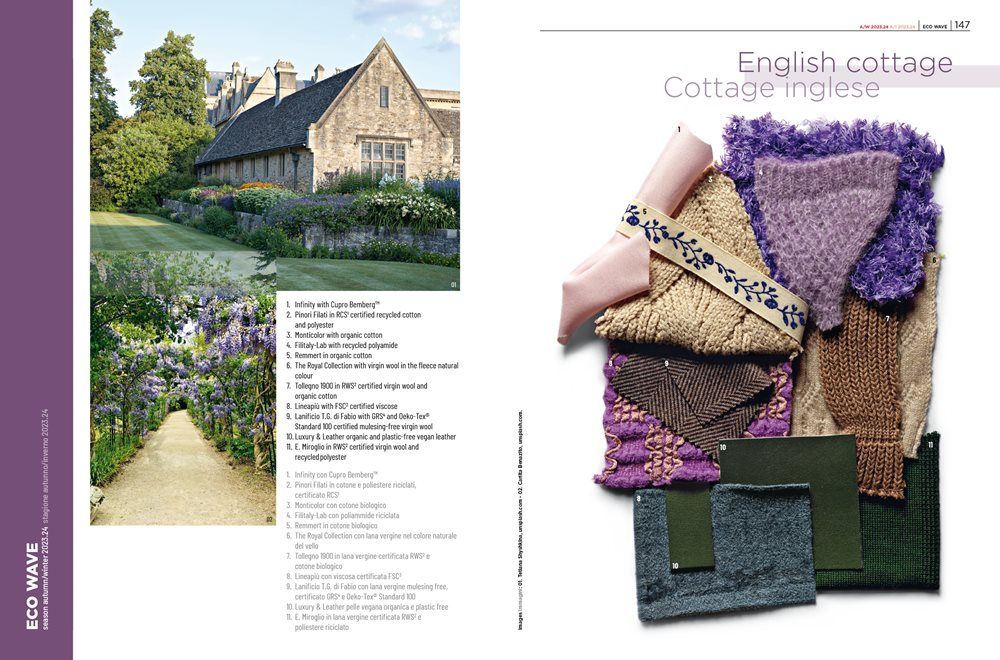 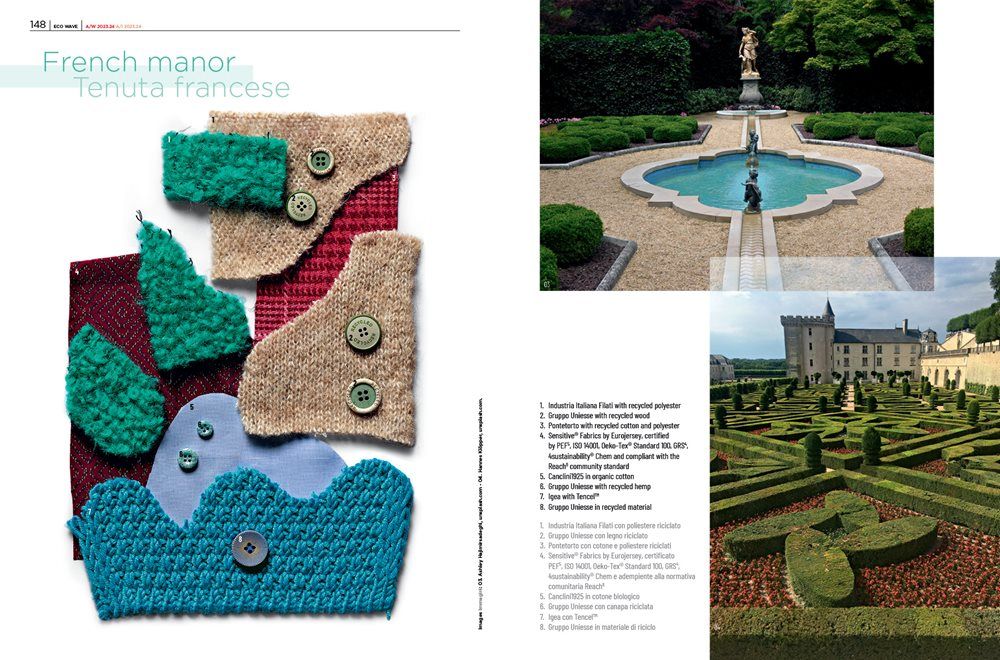 Finally, Eco Wave, our customary exploration of eco-sustainable textiles, takes us on a journey through the gardens of the world: from English cottages to French manors, up to oriental parks constructed around water or climbing the walls of towering and gleaming skyscrapers.

Sustainable Brand Platform: the innovative startup for the Fashion industry 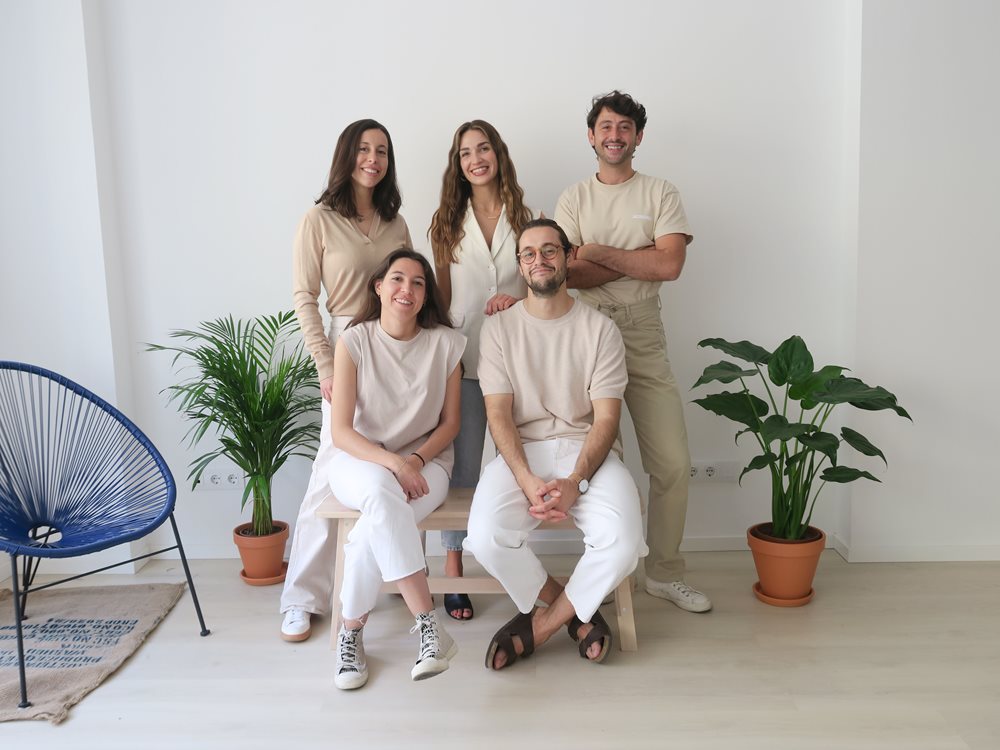